Our new profiles in detail 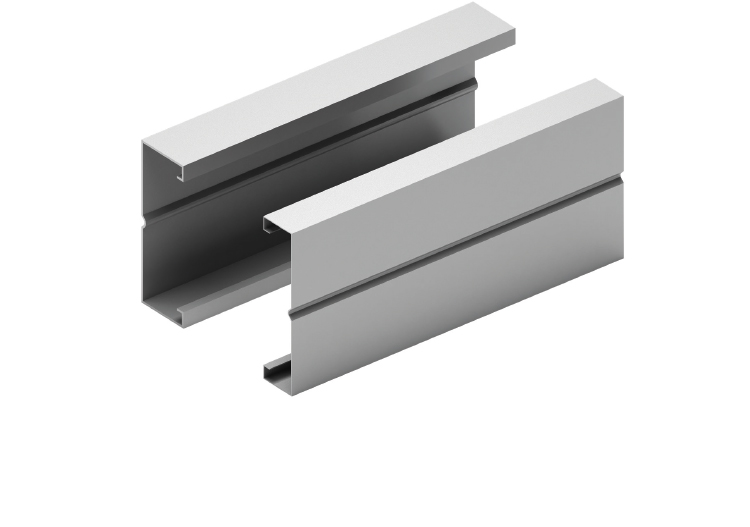 The SIGMAT Joist End Track is formed as a simple channel track section in varying depths to suit the SIGMAT floor joists. It caps the end of the floor joists which fit in the inside profile and are fully bolted using our recess boss and boss bolt arrangement to create a fully framed pre-formed panel. The panel is boarded on the upper face with either BWP plywood, OSB board, or similar.
The pre-formed floor panel can either sit on the top hat flanges at the supporting walls and be fixed with Tek screws from the underside, or it can be bolted directly to the vertical stud flanges through the track we holes.